So where do i begin? Its been a little while since my last post, and i apologise for that. But we have had a few developments and I needed to process one in particular and find out more information.

So the good news first!

Look at these hands! 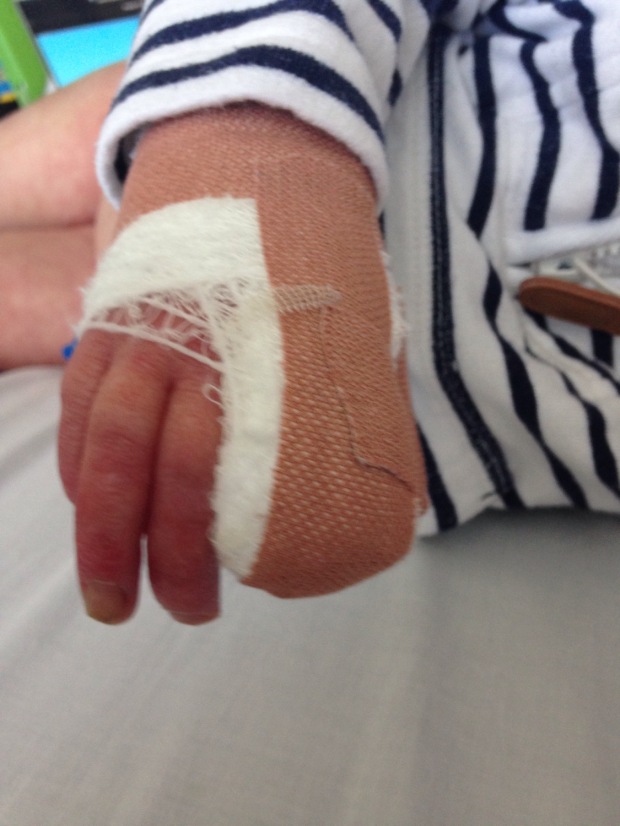 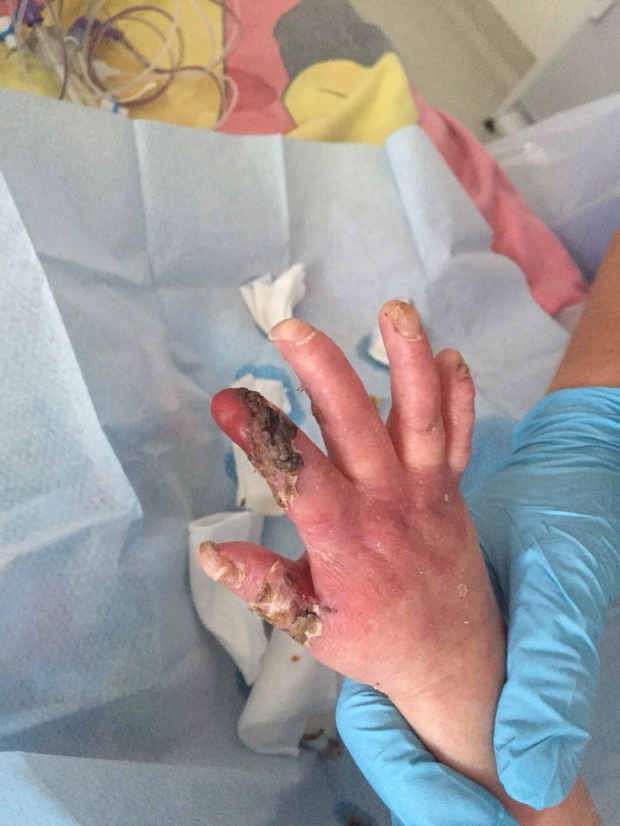 An amazing improvement and finally he has his fingers back (well most of them anyway!) He still has a couple of bits to heel but they are generally really good. The first thing he did with his hand (before they had finished dressing them) was touch his head. 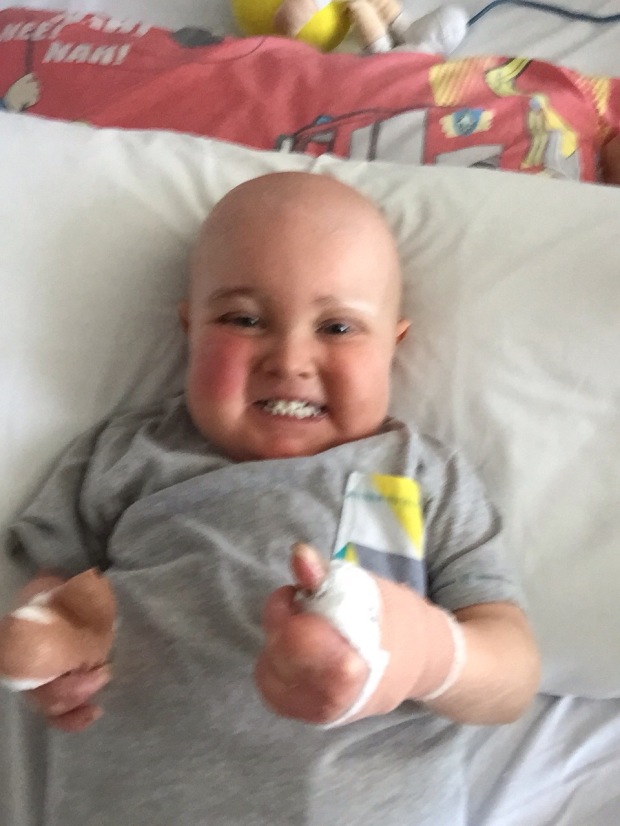 We hadn’t realised he had never felt his head. He was surprised at how it felt but says that he likes it. Losing his hair isn’t a problem for Seth. His foot is also getting better and he is walking on it confidently.

The infection level in Seth’s blood is

The Human Herpes Virus 6 (HHV6) is back, low levels in his blood at the moment and we are waiting for the results of a re-test to know whether or not he will need treatment for it.

Also, on Friday we got a devastating blow. The Graft Versus Host Disease has started again in his skin. It’s obviously not caused by the same cells as it was last time as he no longer has those cells (they were from the previous graft which the chemo killed off). GVHD is when the T cells attack the recipients cells. In Seth’s case the T cells from the transplant are attacking his skin – thinking it is an infection.

At the moment it is presenting as a red rash quite angry looking around his groin and then he has patches of the rash on his arms, legs and chest. 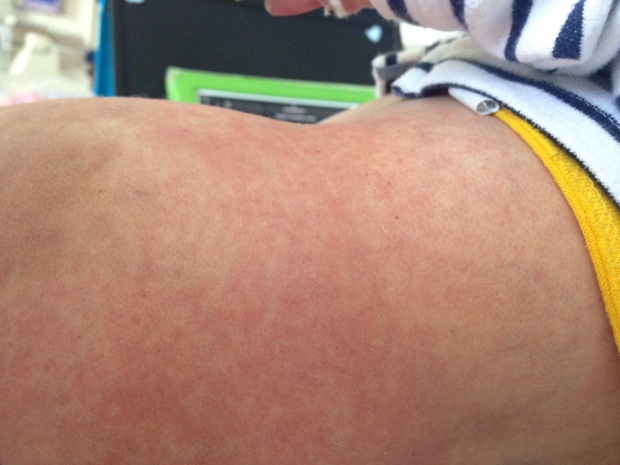 The rash to me looks different than it did last time. Last time is was less ‘rash like’ and instead angry red skin that was dry and peeled. I don’t really remember what it looked like in the beginning. However, last time the GVHD was predominantly on his hands and feet and, at the moment these areas appear to be pretty clear. The treatment at the moment is IV steroids at a very high dose (2mg per kilo) for 5 days, clobavate ointment and tacrolimus ointment Today he was the 3rd day and doctors feel that he is responding but its a long road – we have been here before.

At the moment Nik and i just feel deflated. All of the fighting for the past 4 and a half years a second transplant, and we feel like history is just repeating itself. It is early days we know. we are just gutted.

But all this happening has made me feel a little bit like I got complacent. I am really worried about it. Things seemed to be going so well. I guess being aware of what might happen doesn’t necessarily mean that it won’t affect you when it does. That’s the nature of the bone marrow transplant it seems. I guess that is why we take it #daybyday.

In himself Seth is brilliant. 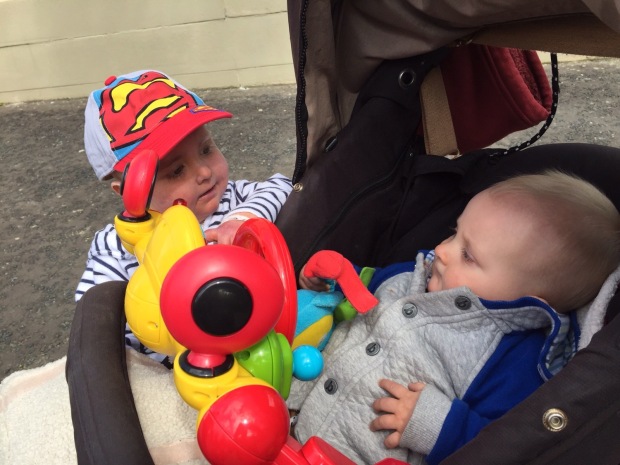 He is still tiring easily but he is motivated to do things and get out.

The physiotherapy department at the hospital has a ‘gym’ that Seth is now booked into on a Monday, Wednesday and Friday for half hour sessions. At the moment the physio is hiding animal bean bags (which Seth loves) and getting him to find them, moving about the room. We encourage him to race Daddy to really get him moving. 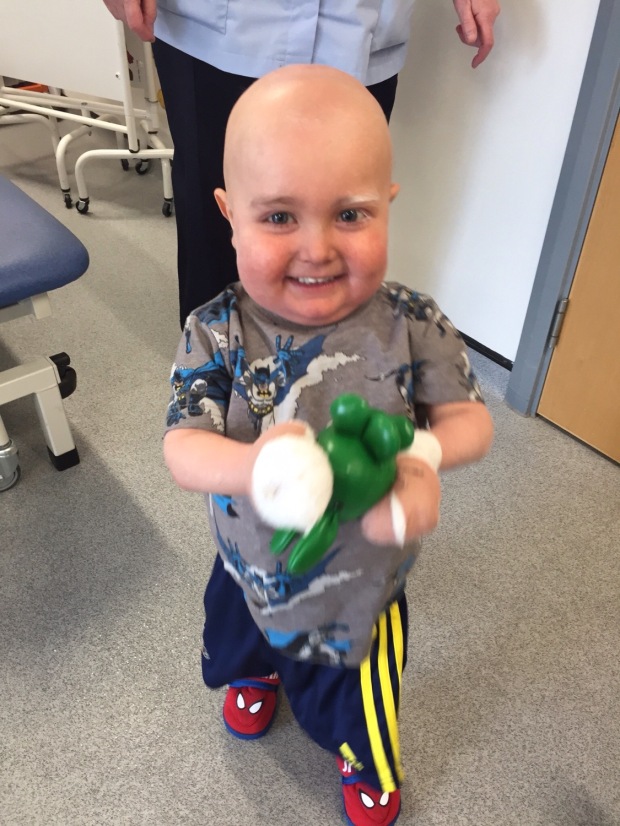 The increased movement makes him breathe harder so it is good exercise for his chest. He is still having his daily school sessions and is learning so much.

He is now mentioning going home a lot more. We have told him that before he goes home he has to go to a house here in Newcastle with Nik, Me and Hugo. He is happy about that, as long as he can teach Hugo how to play he is happy! However, he is still a while away from moving on.  We don’t know exactly what he needs to achieve to get there as things change daily and every child is different. We do know though that he needs to be off intravenous nutrition (TPN). This is an infusion that runs for 18 hours giving Seth all the calories and nutrition he needs. We need to replace this with milk feeds via his button and/or normal food. At the moment he is not eating and only tolerating 20 mL per hour of milk (split over 16 hours a day). To be able to come off the TPN he needs to be on 67ml per hour (this is without any food consumption). Seth has been told this and today decided to have two crisps and a mouth full of noodles. He says that tomorrow he is going to have 3 crisps! Although we will see. We are not going to pressure him. We want to encourage him to have a positive relationship with food.